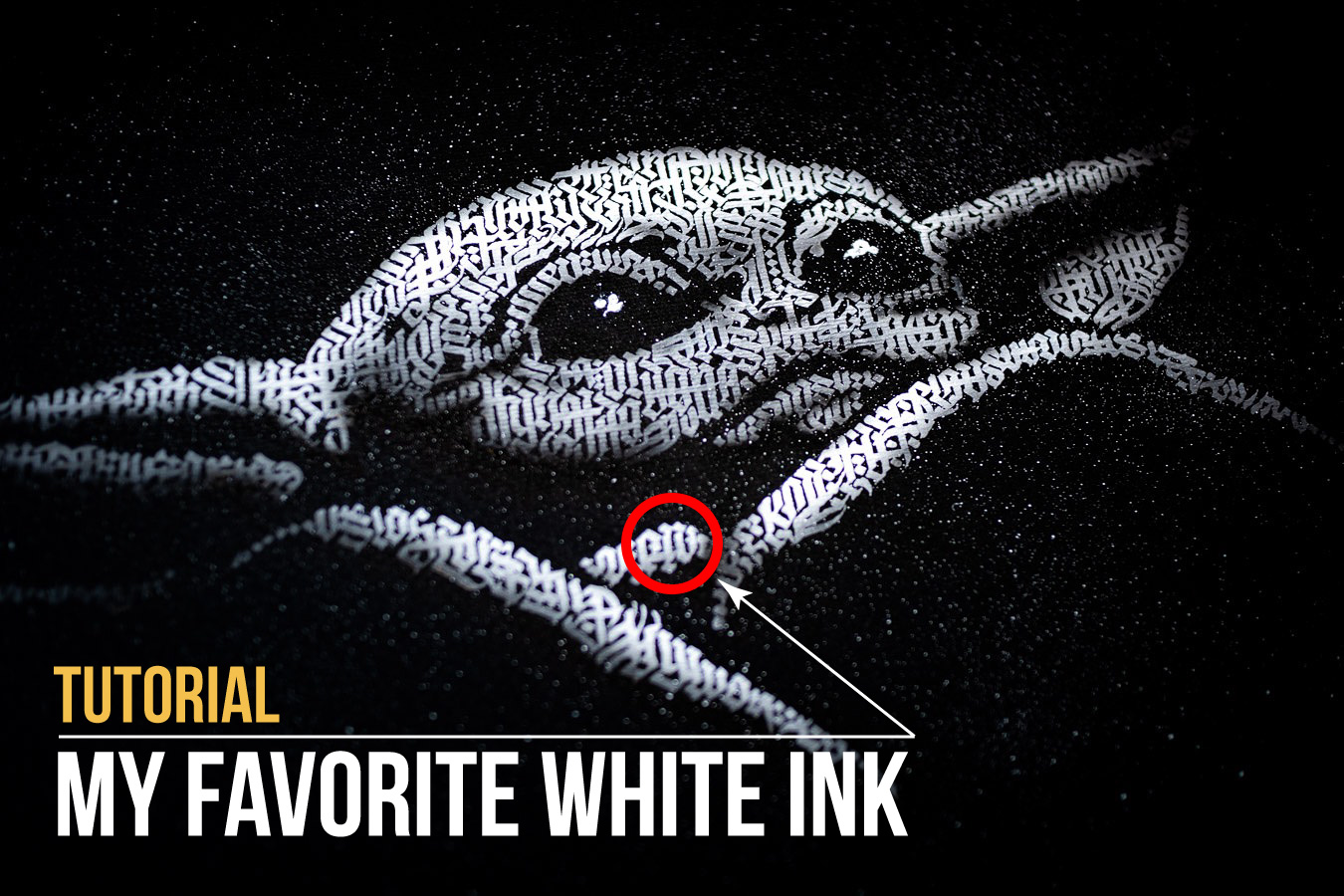 1. Why is this My Favorite White Ink?

5. Add White Ink to the Cartridge

7. Assemble the Cartridge and Pen

1. Why is this My Favorite White Ink?

I own and have tried a lot of white calligraphy inks (I have more than I should probably admit!). In all of my experiments with these inks, the two characteristics that I value most are:

The best ink I’ve found that balances these qualities is Rapidograph Universal Waterproof White Ink (with a few drops of water to thin it slightly). I first tried using this ink straight from the bottle – it was immediately my favorite white ink because it was a very opaque white color, but I had a really hard time getting it to flow smoothly with a parallel pen.

In the following series of steps I’ll show you how I now use this ink with Parallel Pens. 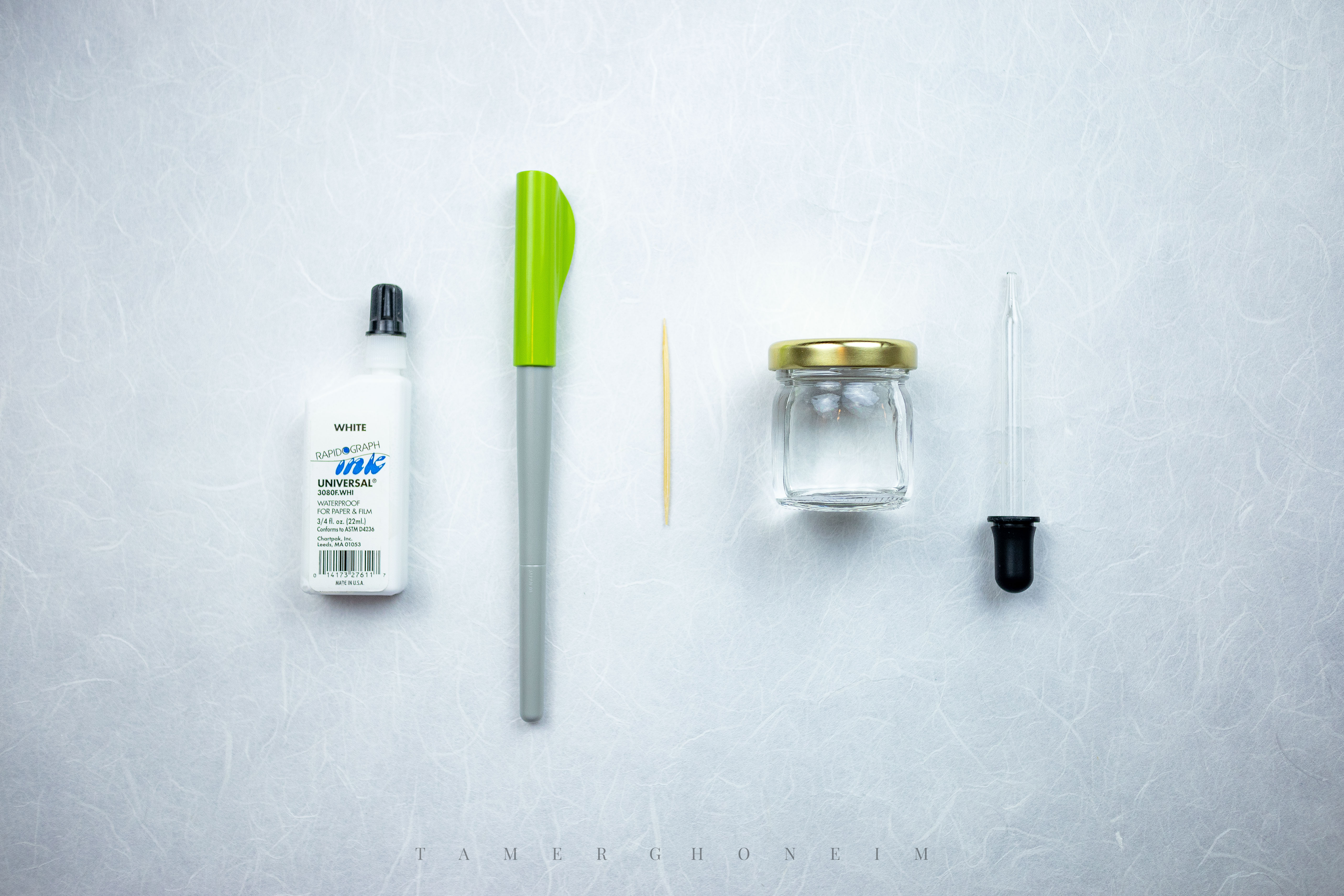 Here are the tools that you’ll need for this tutorial (as shown in the photo from left to right): 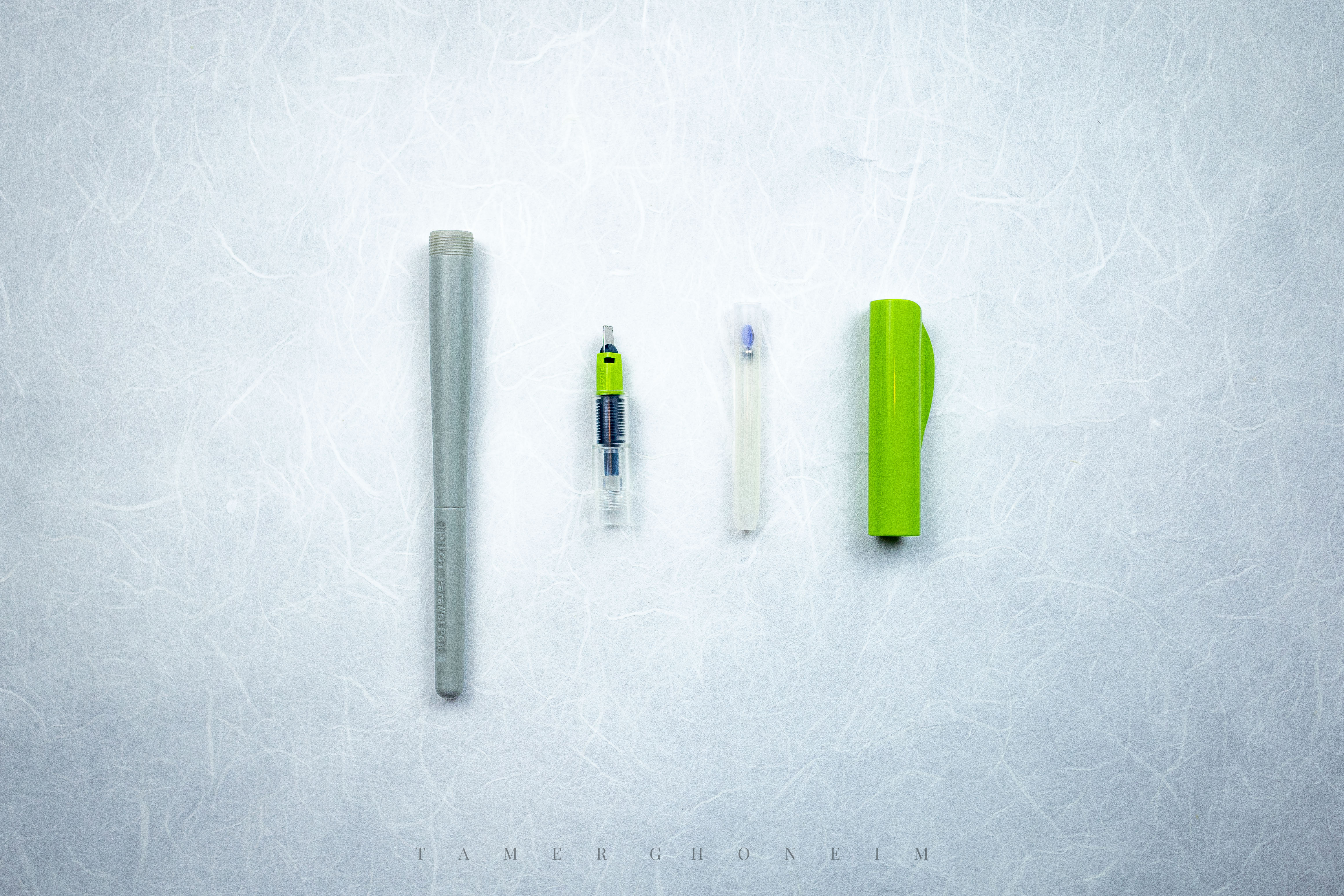 Okay, onto the fun (and potentially messy) parts!

The first step will be to disassemble your Pilot Parallel pen as shown in the photo above. If you’re new to these pens, all you need to do is unscrew the cap, then unscrew the grey base of the pen and you’ll be left with the components in the photo.

If your pen is totally brand new, then there may not be a cartridge inside, but ever pen comes with a black and a red cartridge.

We’re primarily going to be using the middle two components – the feed/nib and the cartridge – in the following steps. 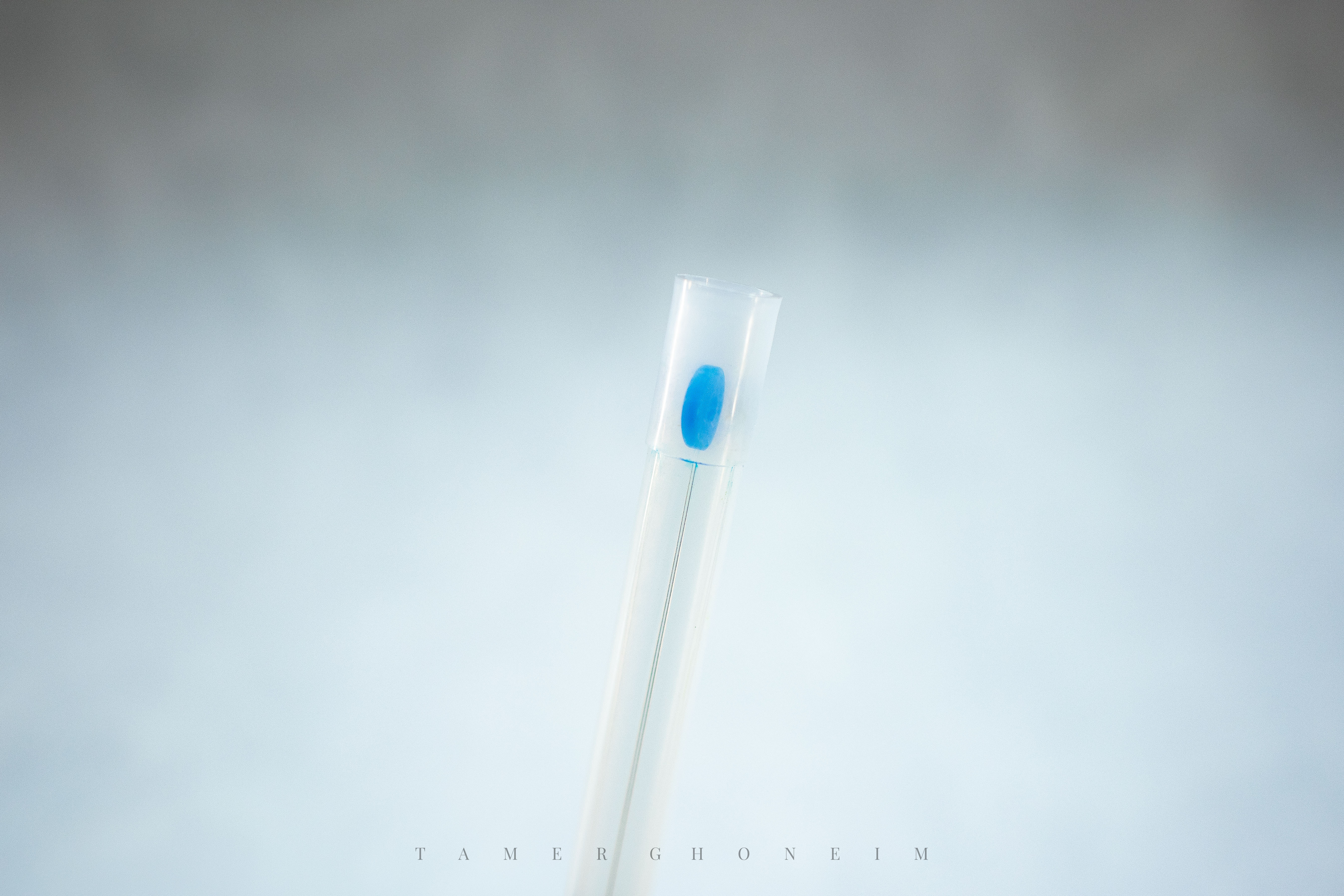 If you’re already a Parallel pen owner, have you been saving these? If not, I highly recommend that you do, because they’re totally reusable!

If you haven’t done this already, the first step is to clean out your old old cartridge. You may have been wondering why on earth I included a toothpick as one of the supplies – here’s the first spot where it’ll be handy.

I usually clean out old cartridges in my kitchen sink using a small flow of running water from the faucet. When you start, the small stopper inside the cartridge (it’s the small blue disk in the photo) may be open, closed or partially open/closed.

The photo below shows the stopper in the closed position, which would prevent you from adding ink to the cartridge. 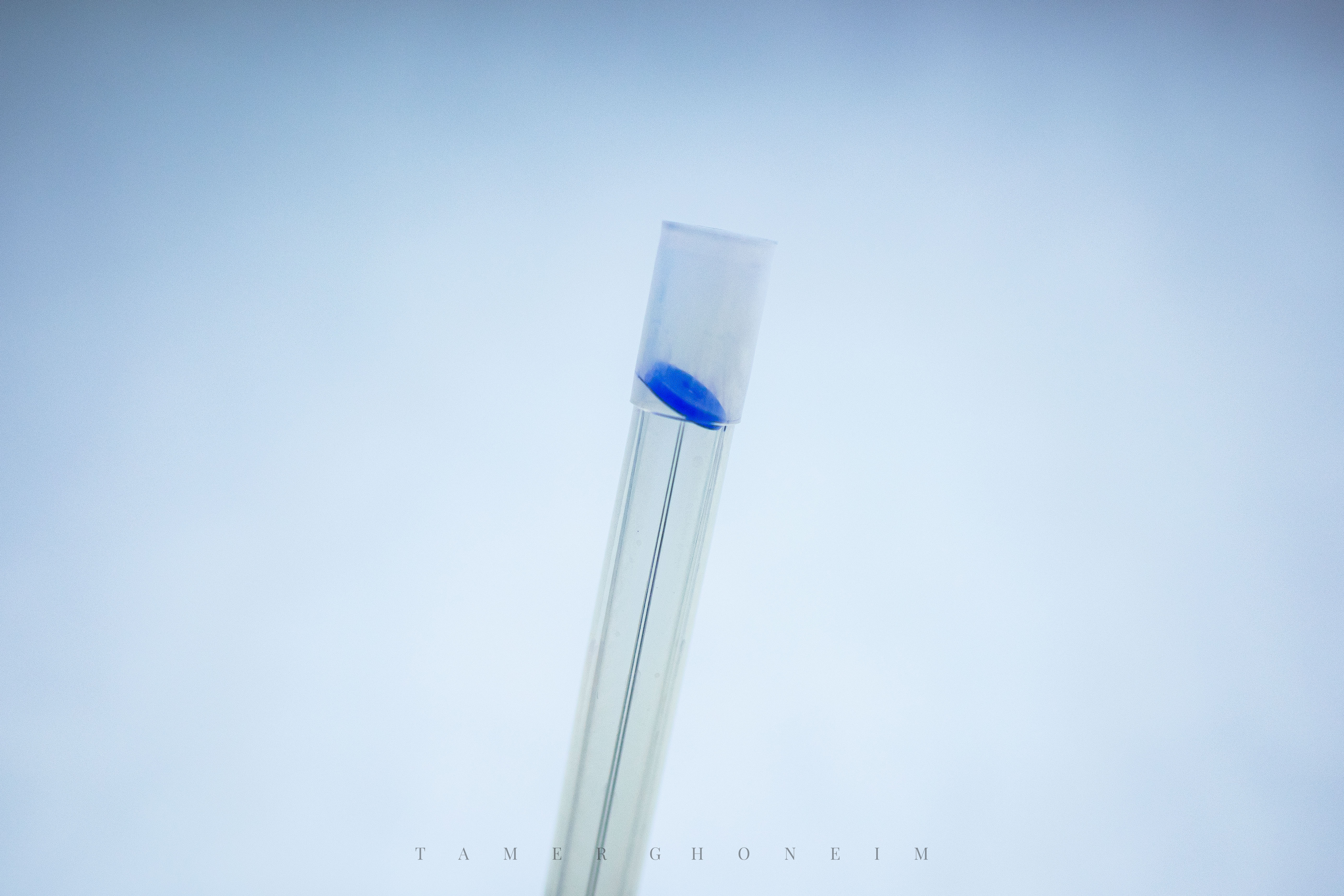 If the stopper is partially or fully closed, you can use the toothpick to push on an outer edge to open it fully (as shown in the photo) to make it easier for the water to flow into the cartridge. 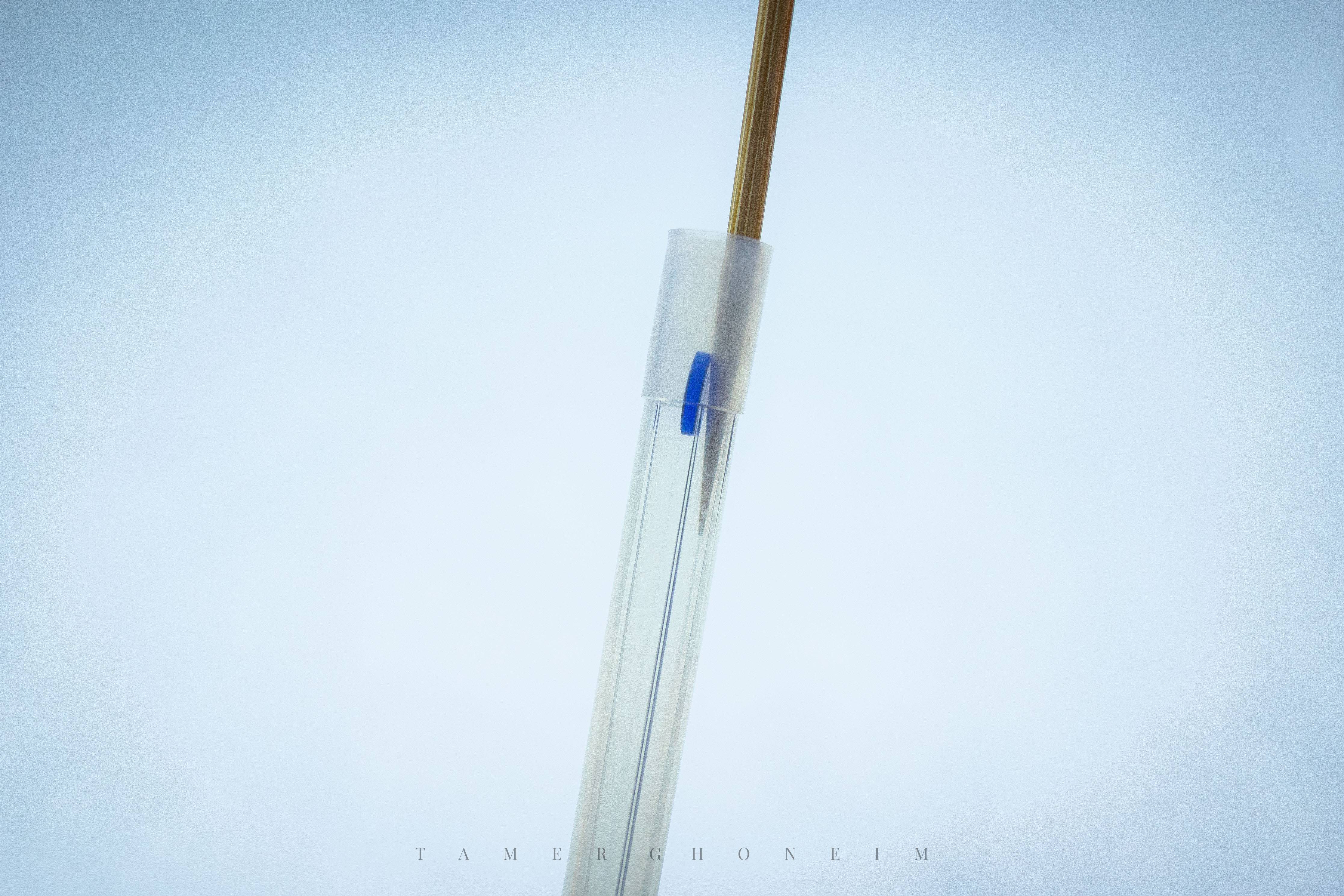 After cleaning out a cartridge, I’ll typically let it dry for a few hours or overnight, but you definitely don’t have to do this.

5. Add the White Ink into the Empty Cartridge 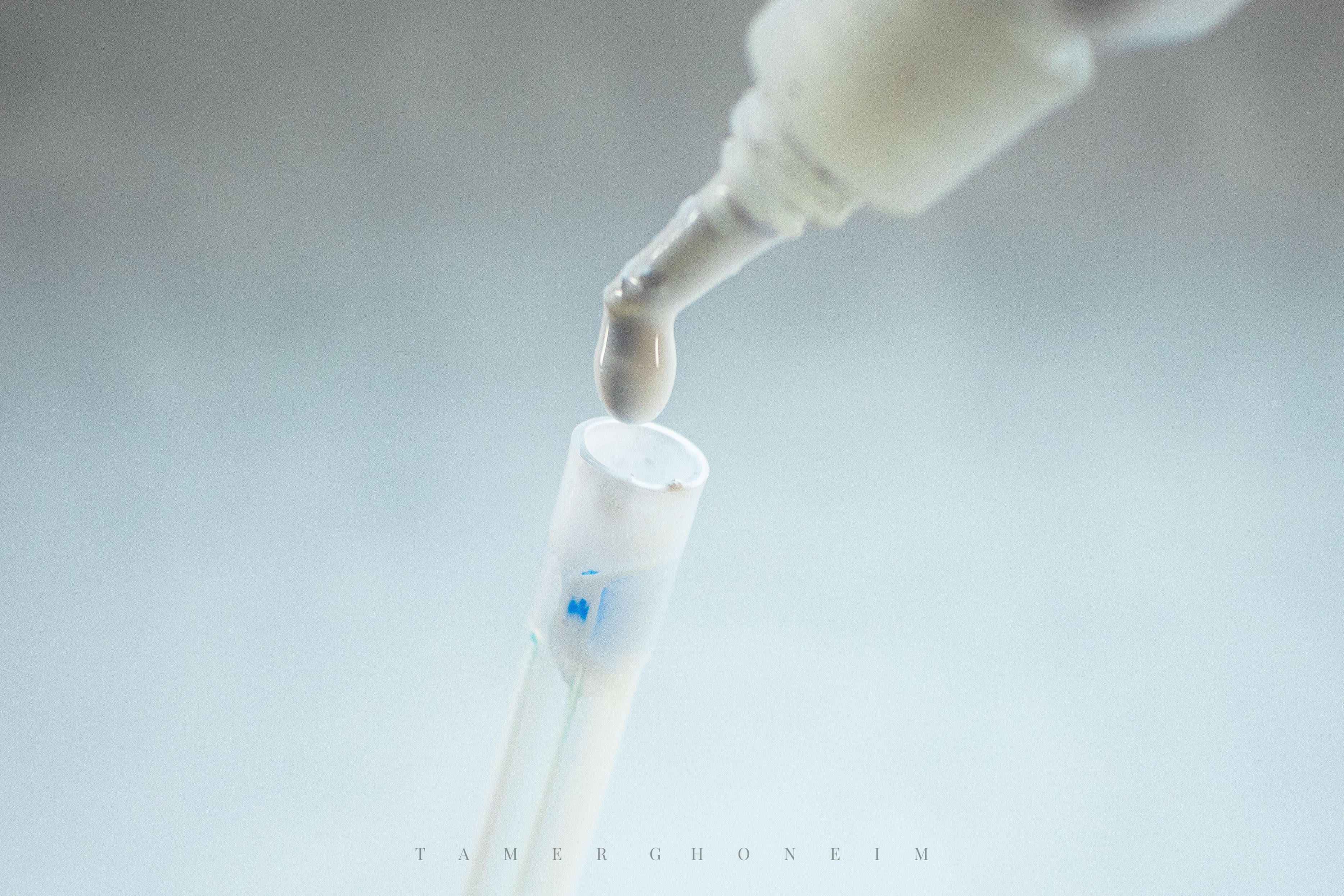 This the step where we’ll add the white ink to the cartridge. Luckily, the bottle that the ink comes in has a very small tip that makes this step pretty easy (it can occasionally get a little messy so I usually do this over my kitchen sink as well).

First, again, using the toothpick, make sure that the little stopper in the cartridge is fully open.

Next, shake the bottle of the Rapidograph Universal White Ink to make sure that it’s well-mixed.

Then, add the white ink into the cartridge until it is around one-half to three-quarters full. We’re leaving some space to add water.

While filling the cartridge with ink, bubbles can occasionally form near the top making harder to get ink inside. You can also use the toothpick in this step to burst the little bubbles. 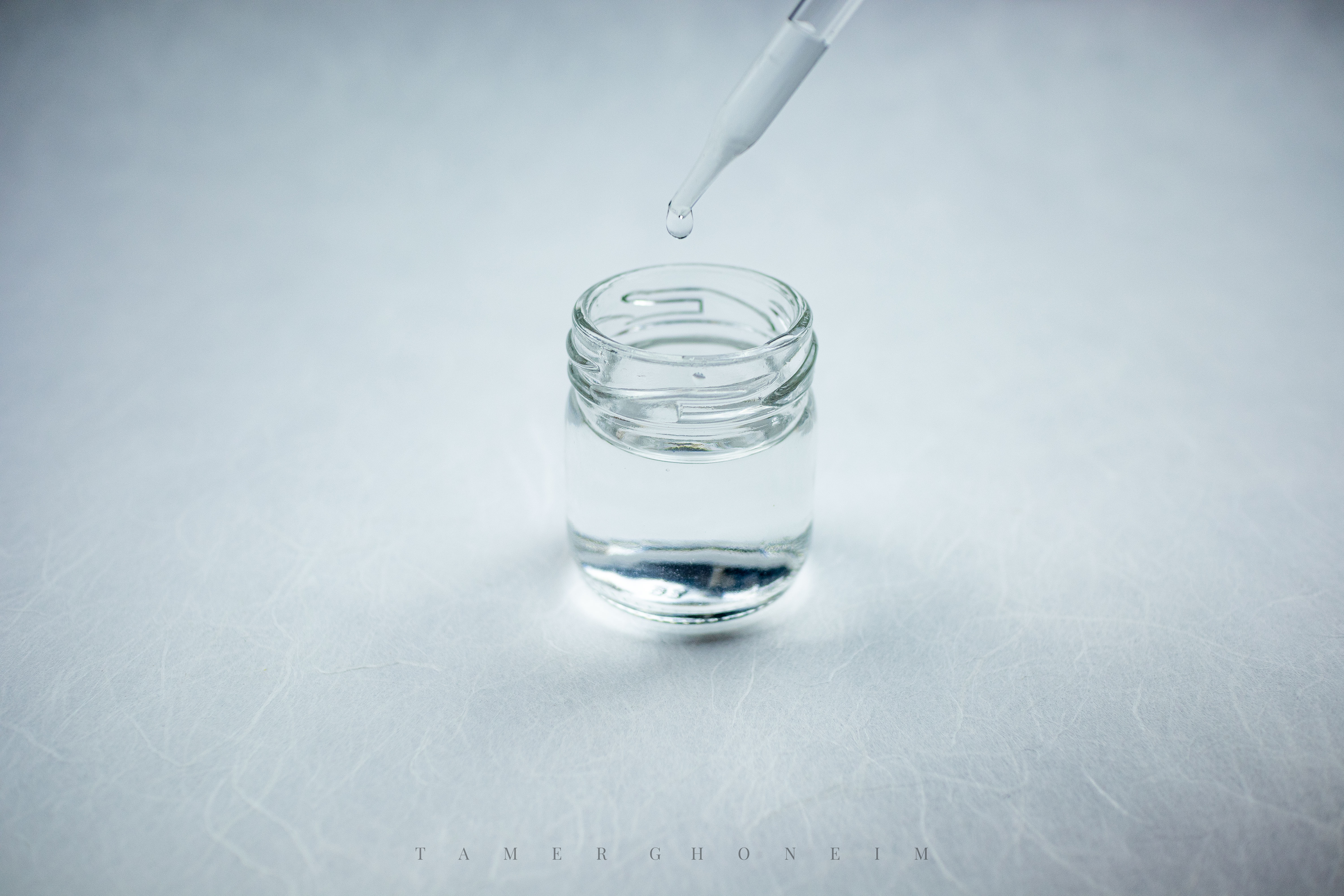 This step is easy (with much less potential for mess). As I mentioned before, the only reason that I add water to the ink is to help with flow through the pen. The water thins the ink slightly so that it flows through the pen more readily.

Load the eyedropper with some distilled water – again I usually use these small glass jars as they’re easy to use and keep nearby for various projects. We’ll only need a few to several drops of water. 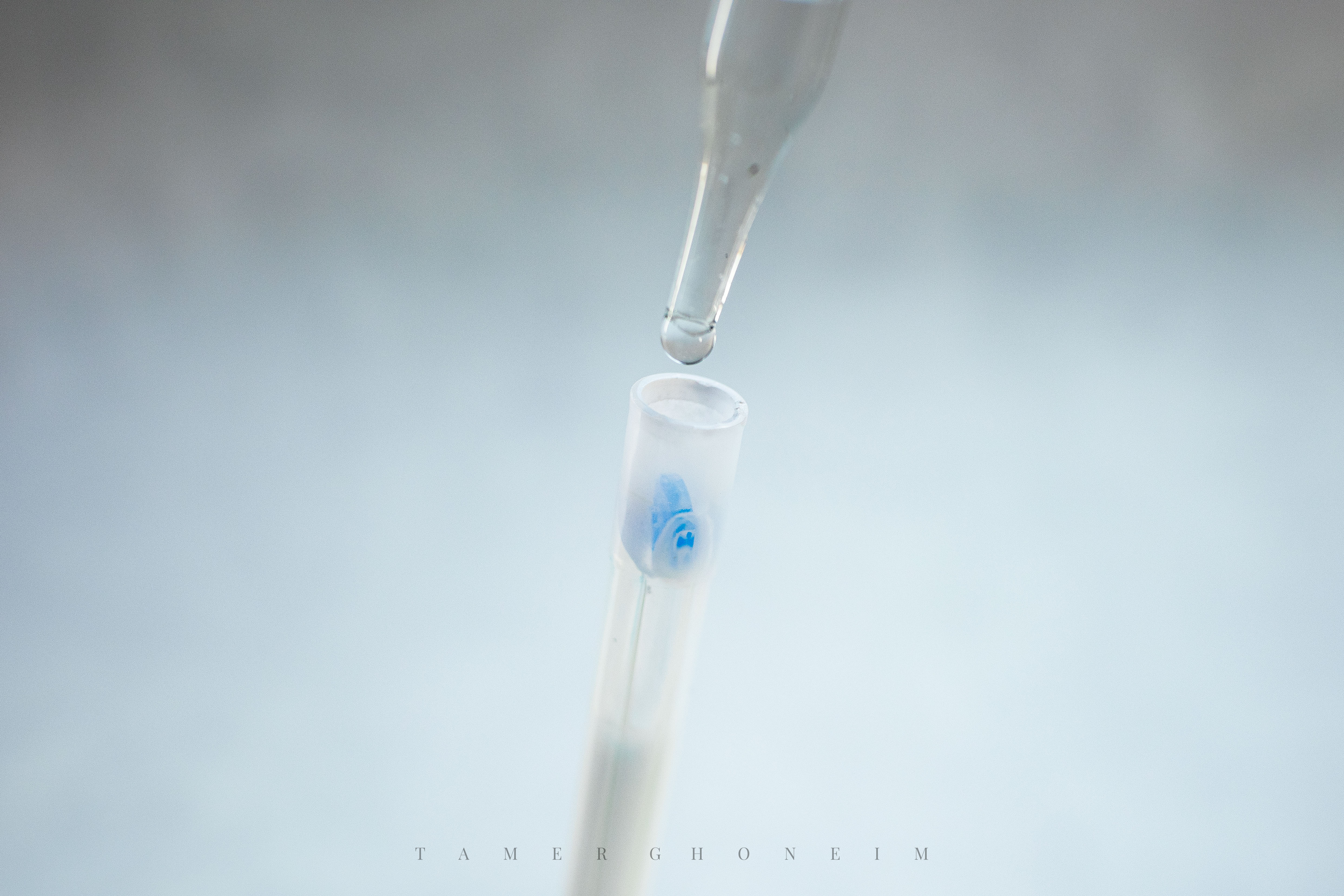 Next, add at least a few drops of water to the cartridge. I’ve generally found around 2-3 drops to be enough to thin the ink sufficiently, but feel free to add as much as you’d like.

The more water that you add in this step, the less opaque the ink will be.

7. Assemble the Cartridge and Pen 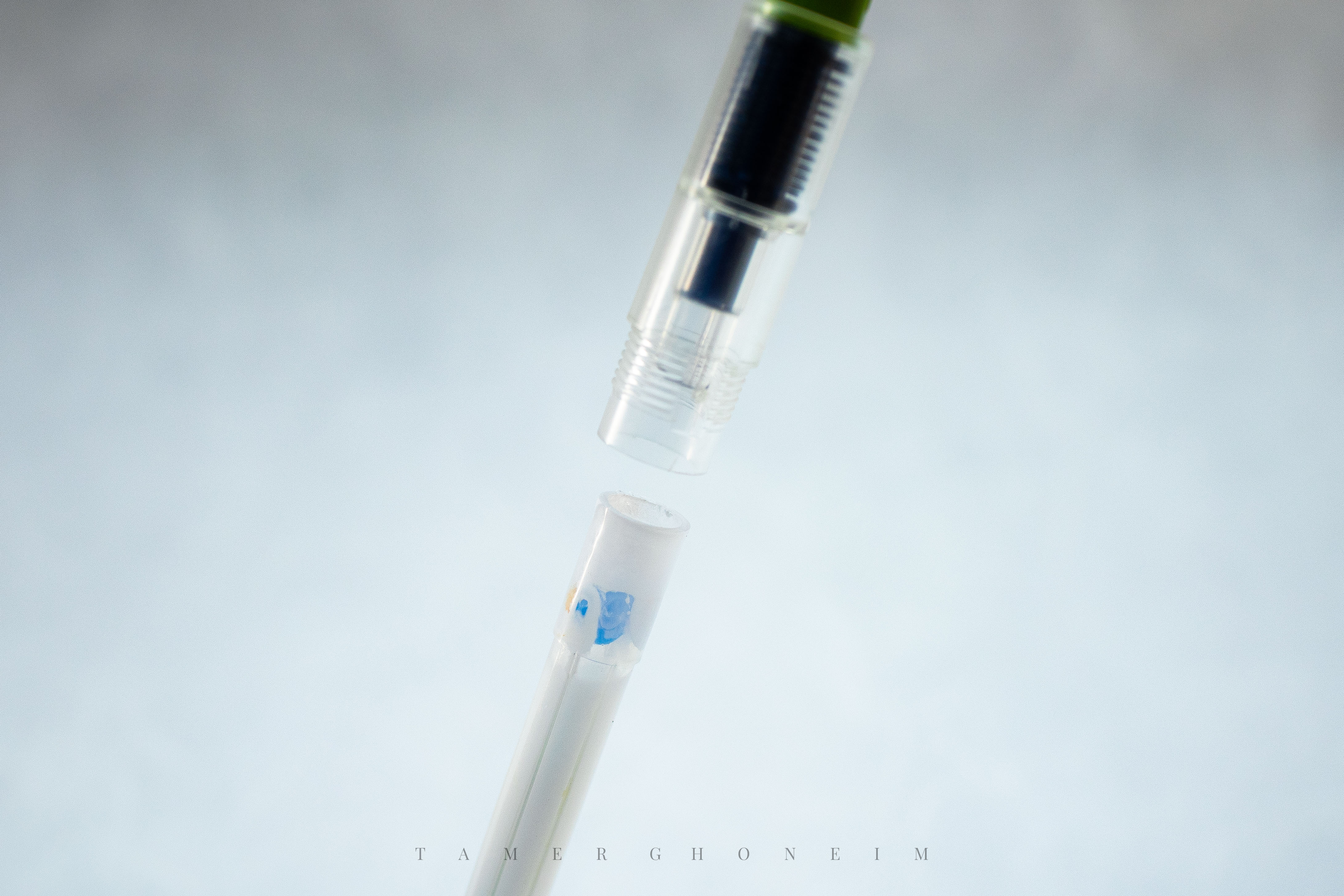 In this step, we’re reassembling the pen with the cartridge full of white ink and distilled water. Press the open end of the cartridge into bottom of the pen’s feed. 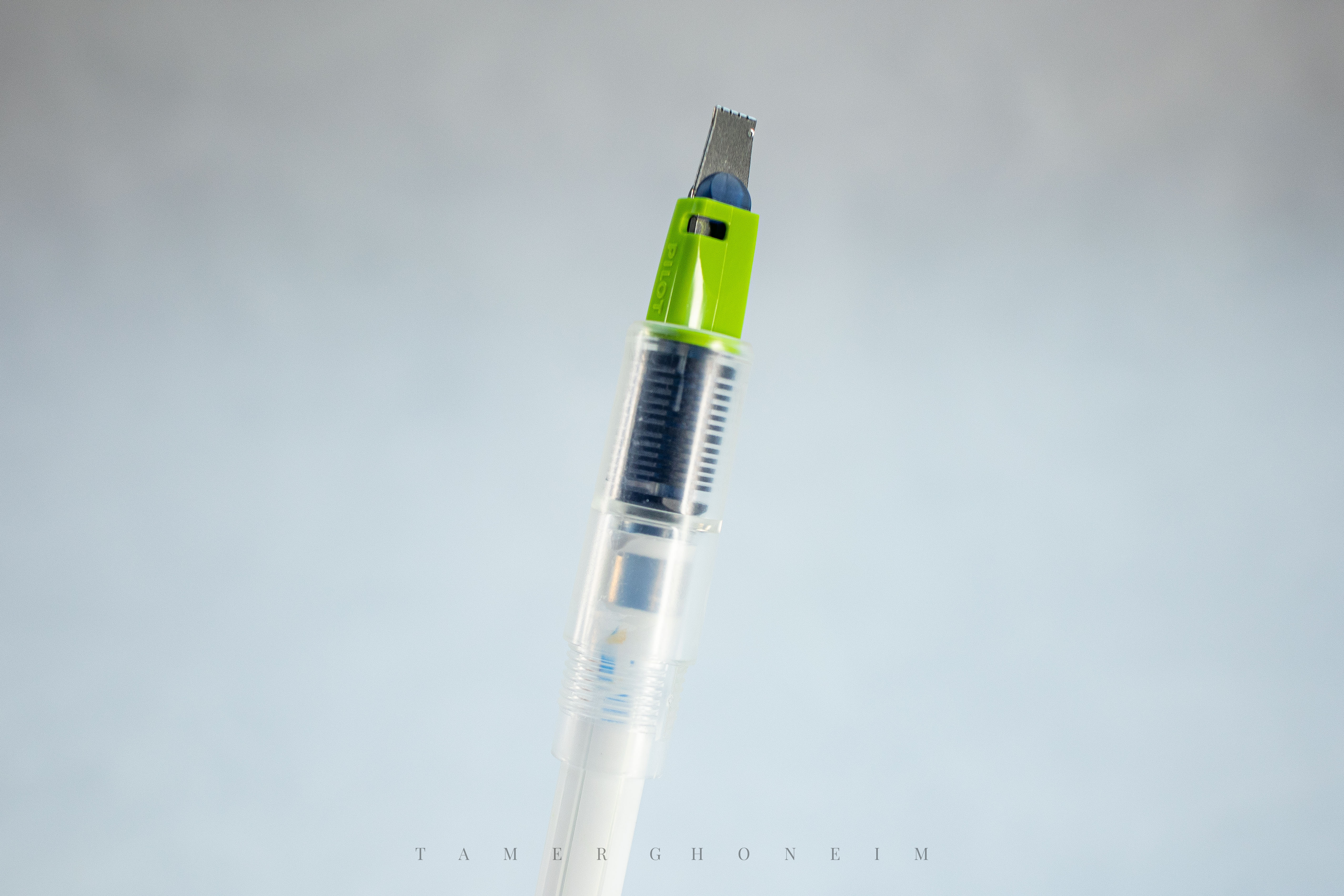 In order to fully insert the cartridge, give it a firm push until it stops sliding into the clear feed chamber.

After you’ve installed the cartridge, screw the grey base of the pen (the leftmost pen part from the photo in step 3) onto the feed section. 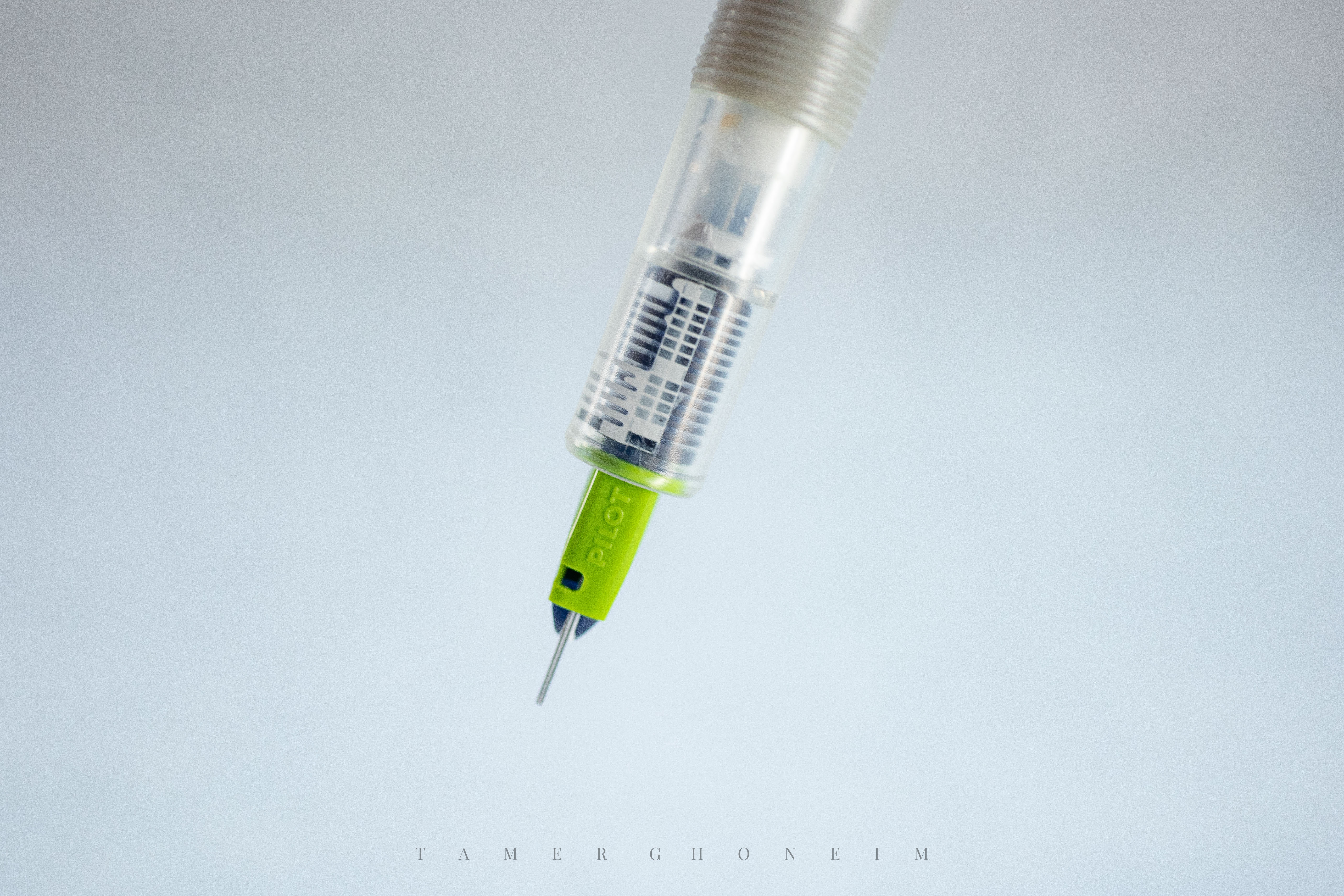 In this step, we’re going to get the ink flowing into the feed.

The cleanest way to do this is to screw the cap onto the pen, point the nib/cap end toward the floor and shake the entire pen (If you’re lazy like I am sometimes (often), you can skip putting the cap on – just be ready for a little ink to drop onto you, your clothes, or some random part of the room where you’re doing this step. When I was capturing the photo above for this tutorial, the ink ended up on the LCD screen of the camera I was using).

Shaking the pen will mix the ink and water in the cartridge and also start the flow of the ink into the feed (you can see the ink in the feed (the black part inside the plastic) in the photo above). 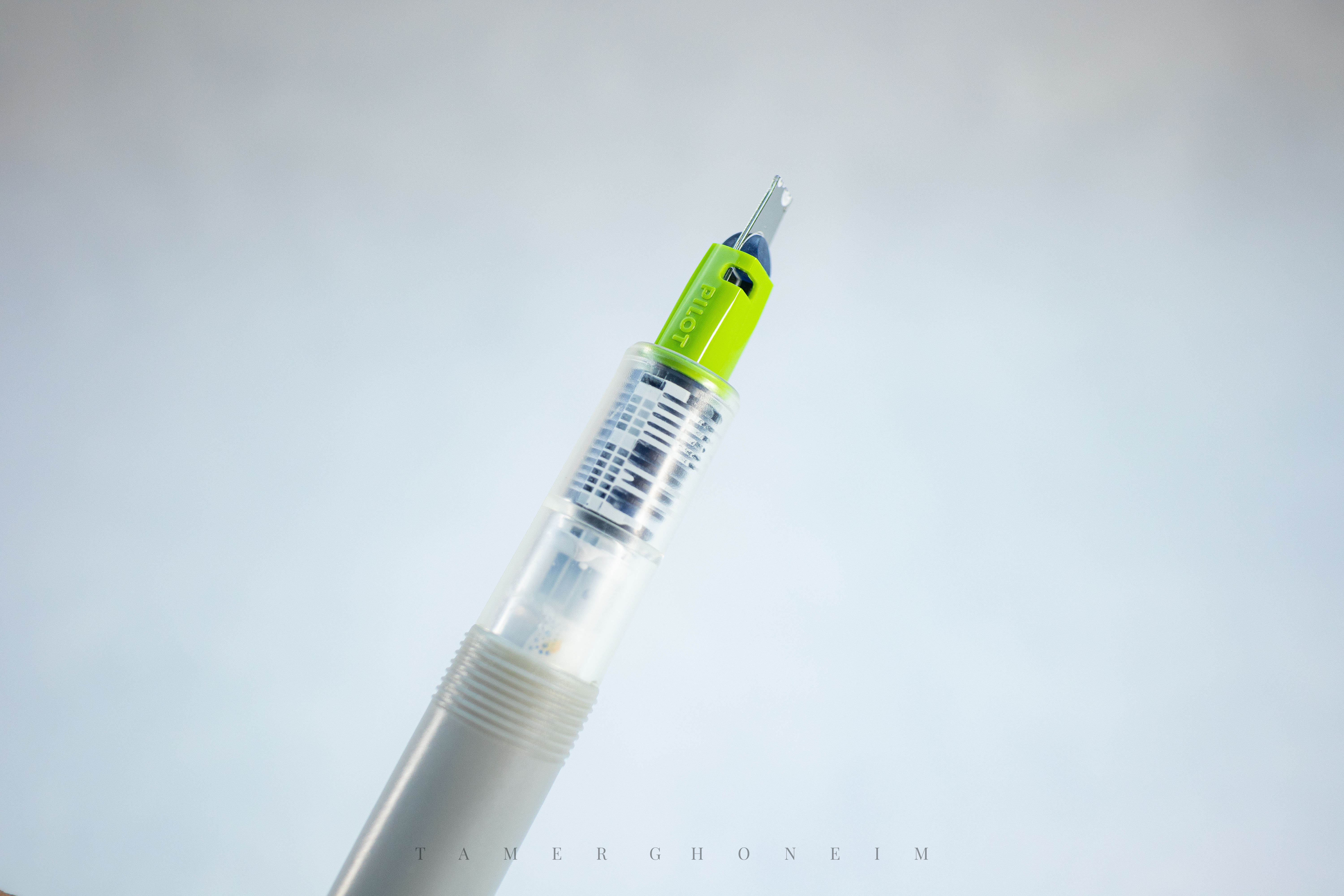 That’s it! Start enjoying the fun of writing with white ink!

The ink may seem a little transparent as you begin writing, but I’ve found that it gets more white as it dries (and, luckily, it dries fairly quickly).

Remember that you can also experiment with adding different amounts of water. If you’d prefer the ink to be more transparent, just add more water.

10. A Few Thoughts on Pen Maintenance

I’ve generally found this ink/water combination to be very Parallel Pen friendly and haven’t run into situations where I’ve found that the pen feed gets clogged (which would render the pen useless meaning you’d have to replace it).

I have noticed that, in pens where I’ve used this white ink, sometimes a slight white tint remains in the feed (again, I haven’t found this to impact the pen’s function in my experience).

If you’d prefer to be extra careful with caring for your pens, I would recommend that you not leave this ink in the pen for extended periods of time because this ink is thicker than standard inks (this would make the white tint in the feed more likely, and could possibly lead to clogging although it hasn’t happened to me).

A Few Examples of Art Made with this White Ink 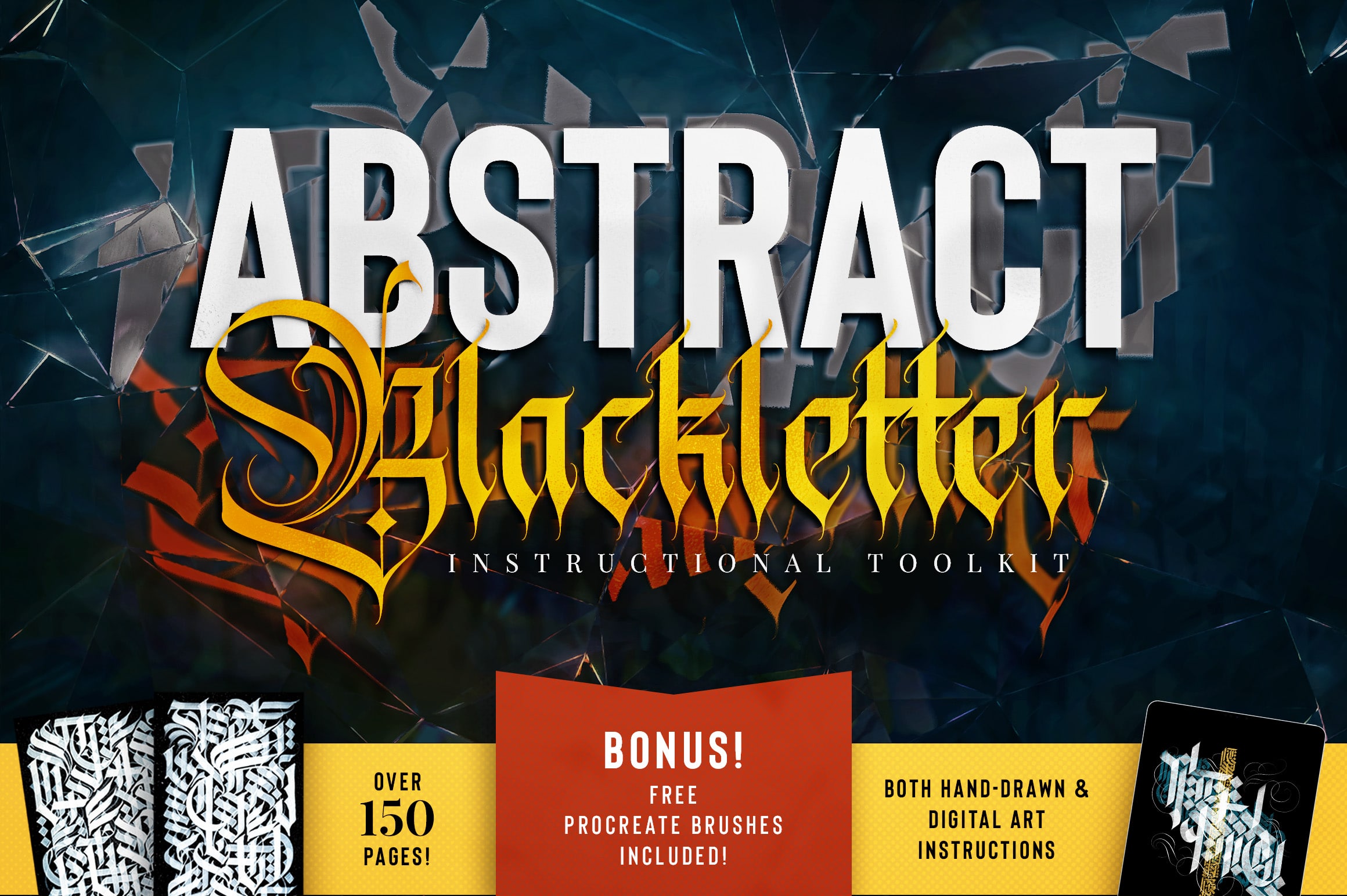